Erin Meyer: What is Behind The Magic of Netflix Company Culture?

In the span of just 15 years, Netflix grew from a struggling mail-order DVD company to a global giant in the entertainment industry. Today, the company produces award-winning content for more than 167 million subscribers across 190 countries. This type of success doesn't come easily, especially in a rapidly changing industry and an increasingly global environment.

Today, advances in technology are accelerating the rate at which businesses can innovate and break new ground. Likewise, the increasingly global scope of business is breaking down barriers and opening new doors to success. But the pace of technology and the cultural obstacles we encounter on a global playing field sometimes present challenges that seem insurmountable.

How did Netflix overcome similar challenges? It started with an anything-but-ordinary approach—one that required a little bit of innovation, a lot of introspection, and a willingness to break some of the rules.

In "No Rules Rules," co-authors Erin Meyer and Reed Hastings tell the story of Netflix's evolution. They reveal the steps Netflix took—and the unconventional logic behind them—to create the culture that has fueled the company's international success. 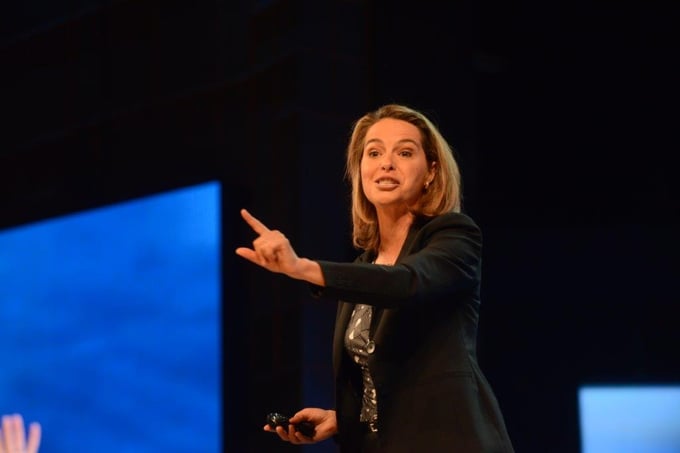 To succeed in today's environment, organizations need high-performing talent, efficiency, innovation, and above all, a strong culture. Netflix has taken purposeful steps to cultivate a culture of freedom and responsibility. To do so, the company has shifted its focus to talent density, candid feedback, and limited controls.

Netflix understands that agility, innovation, and accountability are bred under certain conditions. The company creates those conditions by positioning people to perform at the highest levels, ensuring they're equipped to succeed in their industry and on a global playing field.

Netflix has gone against the norm, applying a three-step process using unconventional practices that have cultivated an unconventional yet thriving culture. 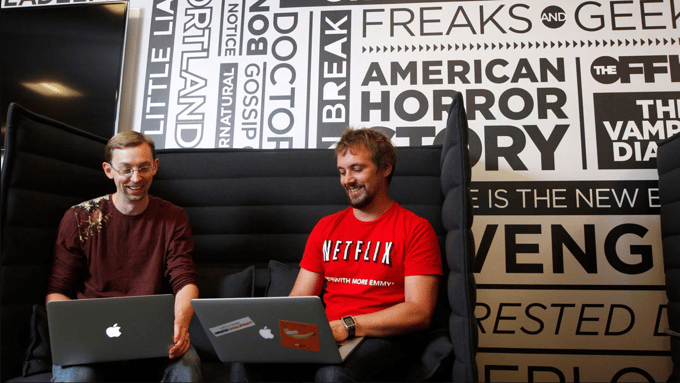 In 2001, the repercussions of the dot-com crash hit Netflix hard. Like many organizations at the time, the company was forced to make layoffs, eliminating nearly one-third of its 120 employees. Leaders feared the layoffs would result in a significant shift in morale and irreparably harm the business. Instead, they saw the remaining staff full of energy and motivated to produce high-quality work.

Eliminating less-than-stellar employees had set a new bar and raised the talent density at Netflix. Top performers were thriving and pushing each other to produce high-quality work. As it turns out, performance—good or bad—is contagious. In the presence of just adequate employees, an entire team can be dragged down. On a team of top performers, people are motivated and inspired to perform at the highest levels.

This approach to talent is one that all organizations, including Nordic companies, can benefit from taking. "No one knows the future," said Bente Storehaug, Investor and Board Member. "We need to become more skilled at experimenting, creating value, and building new, profitable digital business models." Top-performing talent is the key.

"Netflix culture uses the sports metaphor 'team' instead of 'family.' Family is descriptive of a group that stays together. At Netflix, they want to create the opposite. You only play on the world's best team if you are highly qualified."

- Bente Storehaug, Investor and Board Member 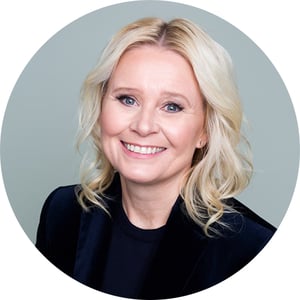 Step 2: Promote candor and transparency at all levels.

Netflix's approach to talent has resulted in a workforce of uber-talented, collaborative people. To maximize their potential and maintain high performance, the company encourages constant, candid feedback.

Giving and receiving honest feedback can be uncomfortable, and the standard performance reviews at most companies can have many shortcomings. Netflix recognizes that a culture of candor fosters a sense of co-accountability, keeping everyone on point and increasing performance organization-wide. The candid exchange of feedback helps people:

Netflix encourages people to be candid with everyone on the team—superiors, colleagues, and subordinates. This openness is so ingrained in the company's culture today that not speaking up has become an act of disloyalty, one that inhibits everyone's success.

Building a culture of candor requires transparency. At Netflix, this means making data—including sensitive financial data—available at all levels of the organization. This transparency builds trust in the company and its leaders, increases understanding and alignment, and creates a sense of ownership and responsibility—all of which contribute to success.

Bente Storehaug, Investor and Board Member, noted, "Openness and trust are important for employees to perform at their best." Storehaug recognizes that the Netflix culture can provide Nordic companies with important inspiration and knowledge. He says, "Netflix has not only changed the DVD market. They have also challenged many important principles of HR management." 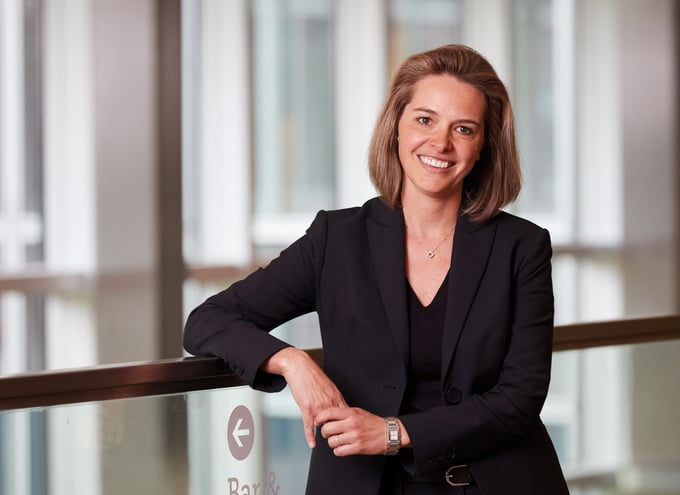 With a high-performing team and an environment of candid feedback, Netflix has taken a close look at the organization's policies and processes and made strategic moves to empower its people.

Netflix recognizes that strict policies and processes intended to control people's behavior often hinder creativity and innovation. When people are unimpeded by rules and empowered to take control of their work, they are more likely to be motivated towards high performance.

By removing controls—through moves like abandoning the vacation policy and expense approval processes—Netflix empowers people to make decisions that at most companies reside only with managers. A risky move, for certain. Netflix safeguards against abuse by taking care to ensure people understand their responsibility. To do this, they focus on providing the context necessary to help people make good decisions.

Empowered, high-performing teams are most often led with context rather than control. In many organizations, decisions must pass through the higher-ups. At Netflix, barriers have been removed in favor of a model of dispersed decision-making. Managers provide people with the information they need to make decisions that align with the company's goals. The ability to make decisions and own the consequences at the lowest levels of the organization can increase accountability, spark innovation, speed progress, and spur growth.

Nobody is motivated or does a good job when being instructed. What works is providing the context and the goal and then asking, "How are we going to get there?" "How do you think we should approach this?" Create the informed captains! 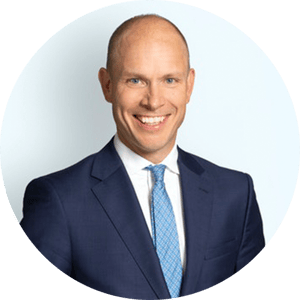 According to Tyrhaug, context that leads to informed decision-making is one of the most valuable tools leaders can leverage. He believes Nordic companies can learn from Netflix in this regard. "We need to increasingly set the context, get the organization involved in how we can do things differently, and dare to let go of control and accept failures."

By 2011, Netflix had cultivated a culture that enabled the company to produce great results in the U.S. But the potential for global success loomed, and Netflix began to expand into Canada, Latin America, Europe, and Pacific Asia. Within five years, the company was reaching subscribers in more than 130 countries … and had doubled its number of employees in the process.

This type of growth comes with inevitable challenges, not the least of which is navigating cultural differences. Netflix recognized that certain experiences and practices couldn't be translated directly into other cultures and required adaptation to succeed.

Netflix has developed country-specific knowledge critical to its success in local markets. This understanding of local cultures ensures that Netflix is sensitive to and able to respond to cultural differences. The care the company has taken to preserve culture while going global allows it to create smooth relationships—internally and externally.

"There is a lot of focus on cultural development in Nordic companies now," Storehaug said. "Culture is more important than strategy. I think all businesses can borrow some valuable aspects from Netflix culture and management principles."

Taking the No Rules Rules Approach

Netflix has created a culture of freedom and responsibility, one that values talent density, candid feedback, and limited controls. As a result, the company is consistently ranked among the best places to work. The "No Rules Rules" approach has shown that when people are valued, encouraged, and empowered, high performance is likely to follow. 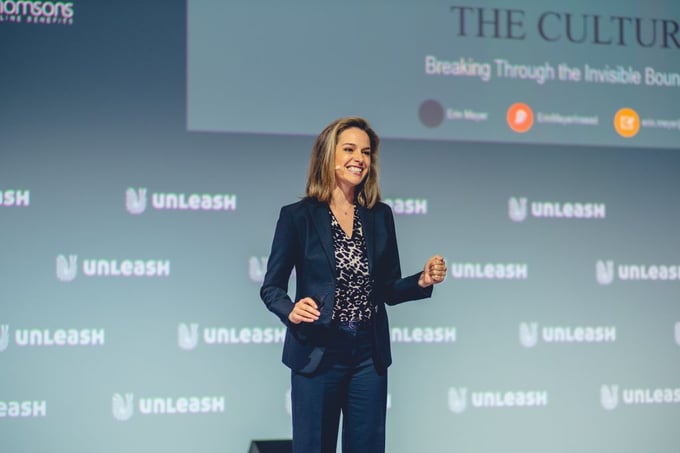 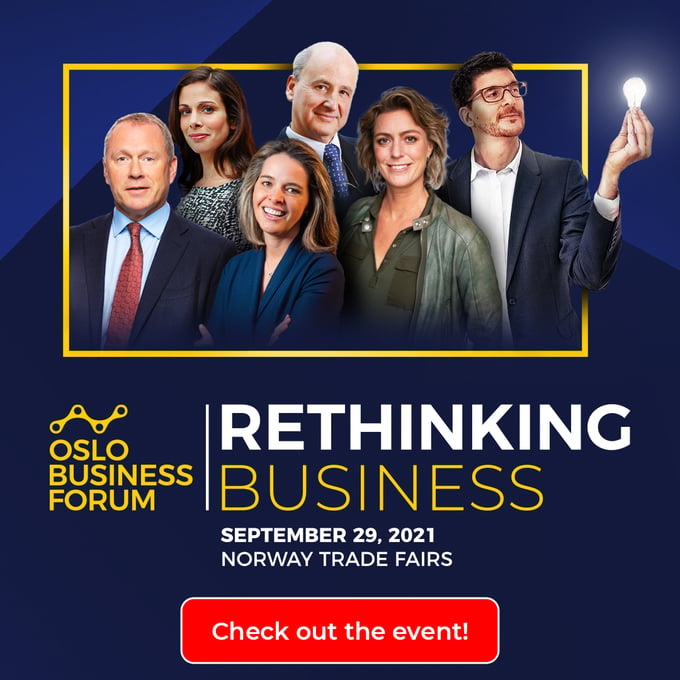