From professional footballer to accountant and CEO

Eight out of ten young people hope to become leaders. Leif Arne Jensen (52) believes accountancy is a good training ground for achieving this goal. He himself started out with a football career.

“You don’t become a leader overnight. Some of it is down to your personality. But just like in football, there are many things you can practice to become a good leader. It’s about finding out what motivates you,” says Leif Arne Jensen, CEO at PwC.

- My friends thought I was an idiot for choosing accountancy over football. They just couldn’t comprehend that it had even crossed my mind, says Leif Arne Jensen, CEO at PwC.

Jensen realized he wanted to become an accountant while interviewing for Coopers & Lybrand in 1993, the year before he completed his Master of Science in Economics and Business Administration at the Norwegian School of Economics.

- The guy interviewing me told me how important accountants are for society and the world of business. Accountants get the chance to meet Norway’s top executives early on in their careers and play a worthwhile role in society as a whole. I got the feeling: This is what I want to do, says Jensen, who has worked at PwC ever since.

Auditors are required by law to meet with the management and board of directors of the companies they audit several times a year.

Leif Arne to the left of captain Erna Solberg during a football match with business people and celebrities to raise awareness for sustainability at the Norway Cup. He gave it his all when the whistle blew and pulled his hamstring, so he was black and blue the next day, but he never gave up. - In my mind, I was still a footballer, but my body just couldn’t keep up any longer. But I couldn’t show that I was injured, so I just carried on playing, says the CEO who goes all-out once he agrees to do something.

"The Auditors Act states that we are in a position of public trust. That’s pretty important."

He had to make a choice – accountant or footballer?

Leif Arne played mostly in the first division and played most seasons for Åsane. After finishing his studies, he joined PwC in Oslo and started playing for Stabæk. When they were promoted to the Norwegian Premier League, he had to make a choice. The amount of training combined with his job and his family life led him to retire from football at the age of 24. He was almost never home. Today, he’s convinced he made the right decision.

Never dreamt of becoming a CEO

No, I had never dreamt of becoming a CEO. It just happened. I’m not too concerned about those rankings either, says Leif Arne and laughs, as if he’s revealing a secret. Despite this, he became the second youngest partner in the history of PwC Norway. He was 33 when he became a partner. But there’s something else he’s even prouder of.

- A more important milestone was when I won a big client by myself. That was a real sense of accomplishment, says Leif Arne, referring to the time he gained Hansa Borg Bryggerier as a client.

For a while, Leif Arne commuted between Oslo and Bergen and travelled for more than 150 days a year. He also had young children at home.

- I pushed myself too hard and spread myself too thin. I came back from traveling, went to bed, got up the next morning, and I don’t remember anything else. I had blacked out. I realized then that I had pushed my body too hard for too long, says Leif Arne. He had to relax more. Exercise. Learn to look after himself.

- There are three things that are important to balance in life: The people around you like friends and family, your job, and yourself. It’s always yourself that gets forgotten, especially when you have young children. Looking back it was good I had a warning, says Leif Arne, who now takes a break from the daily grind every once in a while and relaxes both physically and mentally. One of his breaks comes when driving between Oslo and Drøbak. He turns off his phone and listens to Bruce Springsteen or classical music.


Has had intense discussions with Norway’s best-known leaders

Leif Arne talks about a challenge that many leaders face: People around them say what they think they want to hear. He doesn’t.

- Every leader, myself included, needs someone who will put themselves in their shoes and be completely honest with them. I’ve always been direct and honest with my clients, and the outcome is greater trust, says Leif Arne, who has worked with many high-profile personalities in the media spotlight.

Tips for students wanting to become leaders: Lead yourself and bring out the best in others

- if you want leadership to energize you, you must be able to stand firm in your leadership. It starts with leading yourself. If you can’t master that, then you won’t be able to lead others. Practice seeing things in context. You need to be inquisitive and not be afraid of other people’s opinions, explains the CEO.

He then looks up at the big trees behind him at Ekebergsletta:
- Some leaders are like big trees. Not much grows underneath them. They appear to be very capable. But for things to grow underneath you, you have to include people and delegate responsibility, while at the same time creating a safe environment. Leadership is about teamwork. As a leader, you succeed because you have a team that succeeds, explains Leif Arne, sticking with the football theme.

Several hundred new employees and no one was laid off during the coronavirus pandemic: - We managed to mobilize even though people were tired of working from home. I find that PwC employees are great team players, says the PwC CEO and smiles with his football socks on.

A pillar of trust for the public

When Leif Arne talks about accountancy, time passes quickly. He is passionate about the role that accountants play in society.

- You have to put your foot down when necessary and say when things are not as they should be. Your job is to ensure that managers and companies give a complete and honest story to their stakeholders. And we’re not just talking about financial figures, the accountant says. Verification of non-financial information is becoming an increasingly important task for accountants. This could be linked to carbon footprint or diversity. Or company management and internal monitoring. Or algorithms in a data platform.

Artificial intelligence has taken over many repetitive tasks, and today’s accountants spend more of their time on more complex challenges. For example, if you’re going to audit the airline company Norwegian during a pandemic, you need to understand the marketing and financial risks, the management strategy to overcome them and see how the choices made today will affect the company in the future.

Accountancy can make the world a better place

Leif Arne takes us back to the mid-1800s. The accountancy industry was growing in line with industrialization and the development of limited companies. Third parties were needed that could offer investors assurance that the company was doing what it said it was doing, and that their annual accounts added up. Today, it’s more than just owners who want to know how a company is doing; it’s also lenders, employees and society at large. People are concerned about more than just figures; for example, the carbon footprint of a company.

- This means that the role of an accountant will become more and more important as time goes on. We live in an age where change happens fast, and credibility and trust are becoming increasingly important. If you want to be involved in influencing decisions in society and help to ensure that the world is heading in the right direction in terms of the climate, then accountancy is right on the money, says the accountant and looks out over the football field. He then philosophizes over a world without accountants.

- If the information is wrong or lacking, people won’t want to invest as much. Most people won’t dare to take a gamble. There will be less activity, fewer jobs, less tax revenue, poorer services for citizens and you risk riots like we’ve seen in the USA, explains Leif Arne.

He looks at me and asks:

“Do you want to become an accountant?”

Leif Arne believes that CEOs should use the company’s mission and values as a compass when difficult decisions have to be made. You can rely on this when life gets tough.

- The week of 12th March last year. That was a big challenge. Facing up to a pandemic. We decided to go home before Erna Solberg made the announcement. Knowing you’re responsible for 2,000 employees. The wrong decision could have had major consequences for all our employees and our more than 20,000 customers, says Leif Arne and goes on to talk about all the uncertainty: Will our clients still need us? What if everything just stops?

- There was no script or anyone we could ask about what they did during the last pandemic. They’d have been very old in any case, he says in his Nordmøre dialect and laughs.

The more the pandemic raged around the PwC manager, the calmer and more analytical he became.

- I stopped and thought about our mission: To build trust in society. We mustn’t do anything stupid, I thought. We identified the principle that the owners should take the risk. I gradually became more and more convinced that we had done the right thing. The partners should take the biggest burden and protect our employees, says the CEO of Norway’s biggest professional services firm.

PwC was the only one of the five big accountancy firms not to lay anyone off. 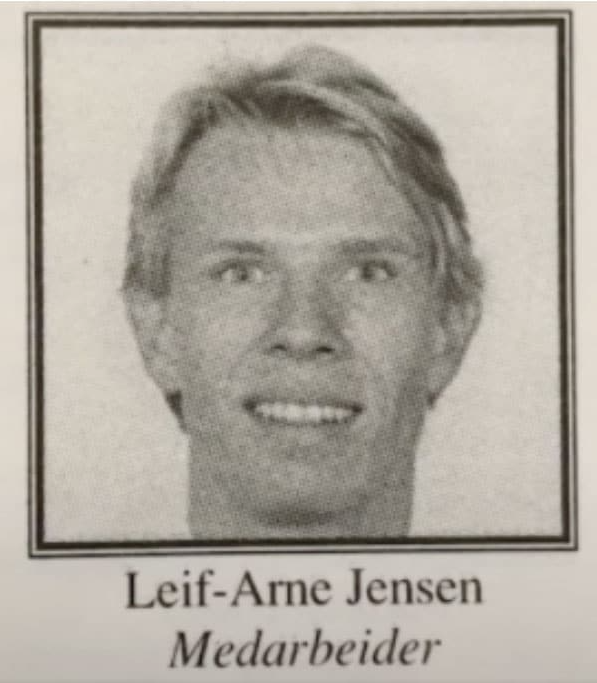 – When I became a certified public accountant, something happened overnight: People showed me more respect and took me seriously. They no longer saw me as just a young employee, but thought wow – he’s a certified public accountant, says Leif Arne. According to a study by the Norwegian Institute of Public Accountants which garnered 1,000 responses from politicians, leaders and others, nine out of ten responded that they had a high or very high level of trust in accountants. Ninety eight percent believe that accounting is very beneficial for society

- I believe this created a positive energy in the organization which made us overperform. This energy came from open and honest communication, we sent out a clear message and that created security. We managed to mobilize even though people were tired of working from home. I find that the people at PwC are great team players, he says and smiles with his football socks on.


Get your online ticket for Rethinking Business 2021! 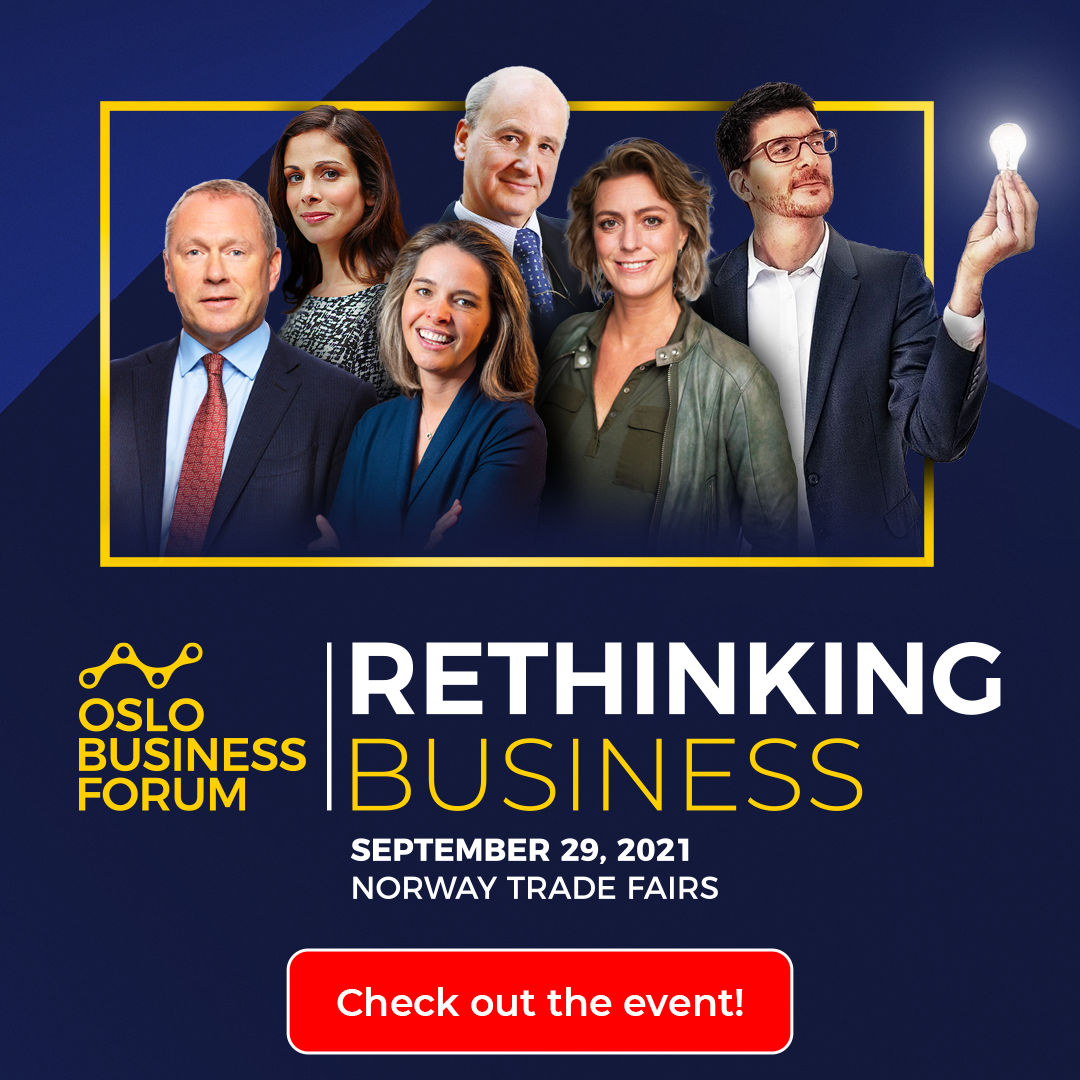